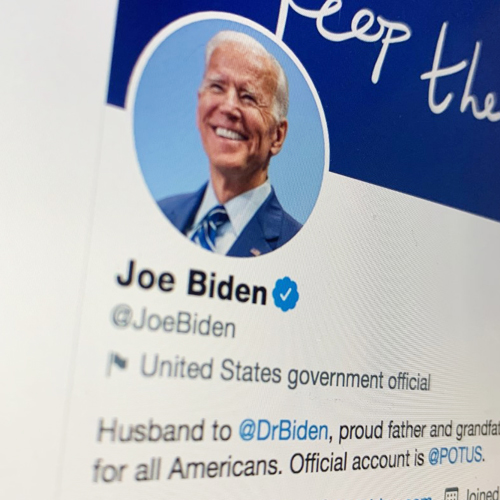 A popular image is made to appear as if President Joe Biden posted a racist tweet discussing Coca-Cola and “cultural reappropriation.” There is no record of Biden ever posting that tweet.

An image circulating on social media is made to look like a tweet from President Joe Biden discussing Coca-Cola and diversity training. But it’s bunk: There is no record of Biden ever tweeting the message in question.

The purported tweet, dated Feb. 21, reads: “I’m proud to see Coca-Cola educate their staff in cultural reappropriation. The disconnect is because the way white people talk leaving minorities confused. Black people communicate a certain way and me and my staff know how those kinds of people talk and it’s time white people learn to do the same #justforthetasteofit #dietcoke.”

But as we said, there is nothing to suggest Biden posted that tweet.

On Feb. 21, we found, his verified @JoeBiden Twitter account — the one used in the bogus screenshot — didn’t post any direct tweets that day. Instead, it only retweeted two posts from the official presidential account, @POTUS, about the late Rep. John Lewis and COVID-19. We also checked a log of deleted tweets from Biden maintained by ProPublica and didn’t find the supposed Coca-Cola tweet there, either.

The bogus screenshot was spread amid allegations that Coca-Cola’s diversity training included a class that contained a suggestion to “try to be less white” — a claim that our fact-checking colleagues at Snopes explored further. The company has issued a statement saying the course in question was not part of its diversity and equity curriculum.

Users spreading the phony Biden tweet referring to that issue paired it with captions suggesting the tweet was authentic.

Editor’s note: FactCheck.org is one of several organizations working with Facebook to debunk misinformation shared on social media. Our previous stories can be found here.

Direct Link
Wait a minute, while we are rendering the calendar

MLB All-Star Lineup: Colorado vs. Georgia
Faktakollen
After pulling its All-Star game out of Georgia because of the state’s new voting law, Major League Baseball picked Colorado for its summer classic — setting off an error-filled debate over which state has more restrictive voting laws. Republican Sen....
Read More
06 april 2021